Sony hosted their latest State of Play on April 29, showing off a number of new games coming to PlayStation consoles. The event was packed with new content and footage from games like Subnautica: Below Zero and Ratchet & Clank: Rift Apart. Here’s a full recap of Sony’s State of Play event, and what players can expect to be coming in the near future. 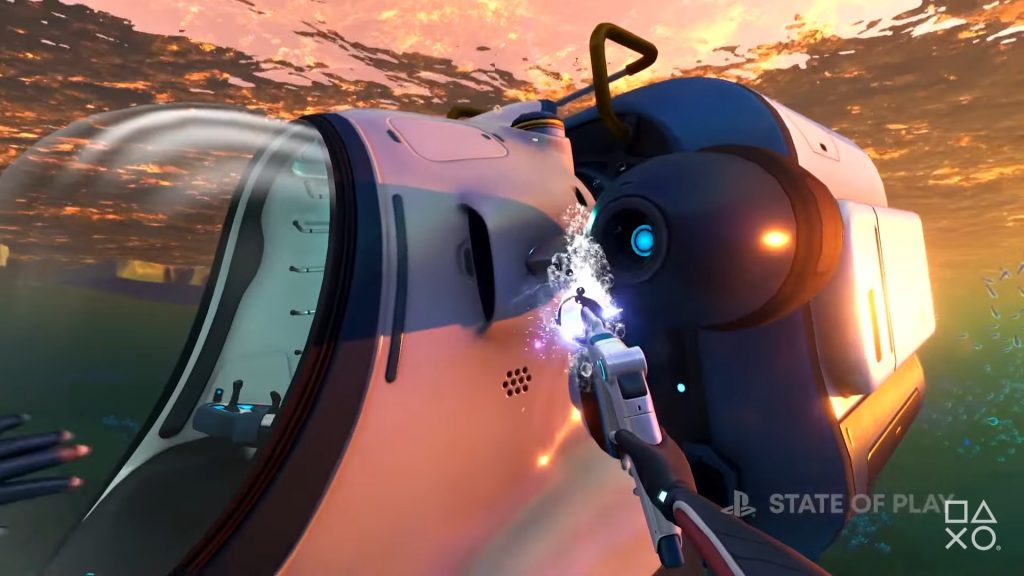 Subnautica: Below Zero is the latest entry into the subnautica franchise by developer Unknown Worlds. Set one year after the events of the original Subnautica, the player is tasked with uncovering the dark secrets that lurk beneath the oceans of this frozen world. The player will explore and discover creatures both above and below the surface, with some creatures more hostile than others.

Your character is tasked with figuring out why a previous research group has vanished from their outpost. Among the research group is your very own sister. In order to discover the truth, you’ll have to craft new tools and shelters to survive increasingly harsh environments.

The game is said to take advantage of the DualSense controller’s haptic feedback, giving the player a real sense of being hit by icy shocks. The controller will also provide visual and audio cues for various parts of the game. For the PS5, Subnautica: Below Zero will run in 4K or 60fps, depending on the player’s preference. PlayStation 4 owners who have the game will also be able to upgrade to the PlayStation 5 version at no additional cost.

Subnautica: Below Zero is set to launch on May 14 for both PlayStation consoles. 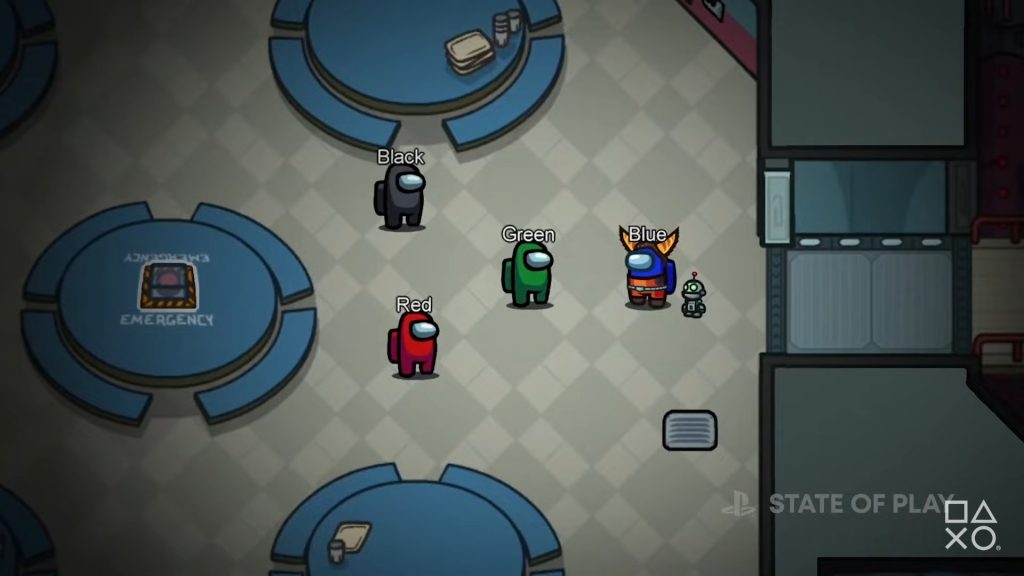 Among Us needs little introduction at this point. Players take on the role of crewmates on a spaceship, with one of them being an alien imposter. The imposter’s goal is to kill all of the crewmates, while the crewmates attempt to perform a series of tasks to fix up and repair the facilities while rooting out and jettisoning the imposter. The social deduction game has become a smash hit among gamers of all ages on several platforms already, and now the game is coming to both the PlayStation 4 and PlayStation 5 as well.

Among Us fans will be delighted to know that the PlayStation version of the game will come with a custom Ratchet skin and hat for crewmates, as well as a Clank pet from the Ratchet & Clank series.

No hard date was given for when the game will be released, though it is expected within this year.

The bulk of Sony’s presentation was dedicated to the latest entry in Insomniac Games’ third-person action-adventure series, Ratchet & Clank: Rift Apart. We got a good look at the new game’s cinematics and gameplay in the 15-minute deep dive. Creative director Marcus Smith walked viewers through the gameplay, characters, and arsenal that players will come across during their time in the game.

Ratchet has been separated from his friend Clank and is now lost in a new city and dimension. This new world brings with it a host of items and gear to help Ratchet find his way back to Clank. But he’ll quickly discover that his nemesis, Doctor Nefarious, is a far more capable villain here, and is the emperor of the city he’s lost in. Ratchet uncovers that Clank has been taken by a new lombax, Rivet, and embarks on a quest to find both her and his best friend.

There’s a new focus on mobility in Ratchet & Clank: Rift Apart. Players can use a combination of wall-running, dashing, and jumping to chain together a series of fluid movements. Combat has also changed; Ratchet can dash to avoid enemy attacks temporarily, or use the new rift tether to instantly traverse across the battlefield. Players can use the DualSense’s incremental triggers to change how quickly (and accurately) their gun’s shots come out.

Ratchet & Clank: Rift Apart also features a number of planets from earlier games that have been remixed for the new dimension. On top of that, pocket dimensions are scattered throughout the game, allowing players to explore unique areas and gain advantages for the levels they’re exploring.

Rift Apart looks to be quite the visual spectacle too — many of the cinematics shown bled seamlessly into the gameplay. The city shown in the preview was bustling with life, featuring floating cars darting in between buildings. Taking full advantage of the PlayStation 5’s power, it looks like Ratchet & Clank will be a must-buy for any next-gen owners.

Ratchet & Clank: Rift Apart is set to release on June 11 exclusively for the PlayStation 5.