Al Mazrah is absolutely massive. That’s official, straight from the horse’s mouth. Or rather, Infinity Ward, if you don’t get that particular phrasing.

Announced during the Call of Duty Next showcase, developers confirmed that their new battle royale playground is “the biggest [battle royale] map we’ve ever made”.

However, if you’re also curious about precisely how big the map of Al Mazrah is, sorry to say Infinity Ward didn’t give any specific metrics. However, thankfully a few clever clogs online have worked it out for you.

Over on Reddit u/AyranMen32 has pulled together the easiest graphic to give you an idea of how big Al Mazrah is when compared and contrasted against both Verdansk and Caldera.

Of course, it’s also worth highlighting that the map also benefits from it’s coastline, which players can of course now swim in. 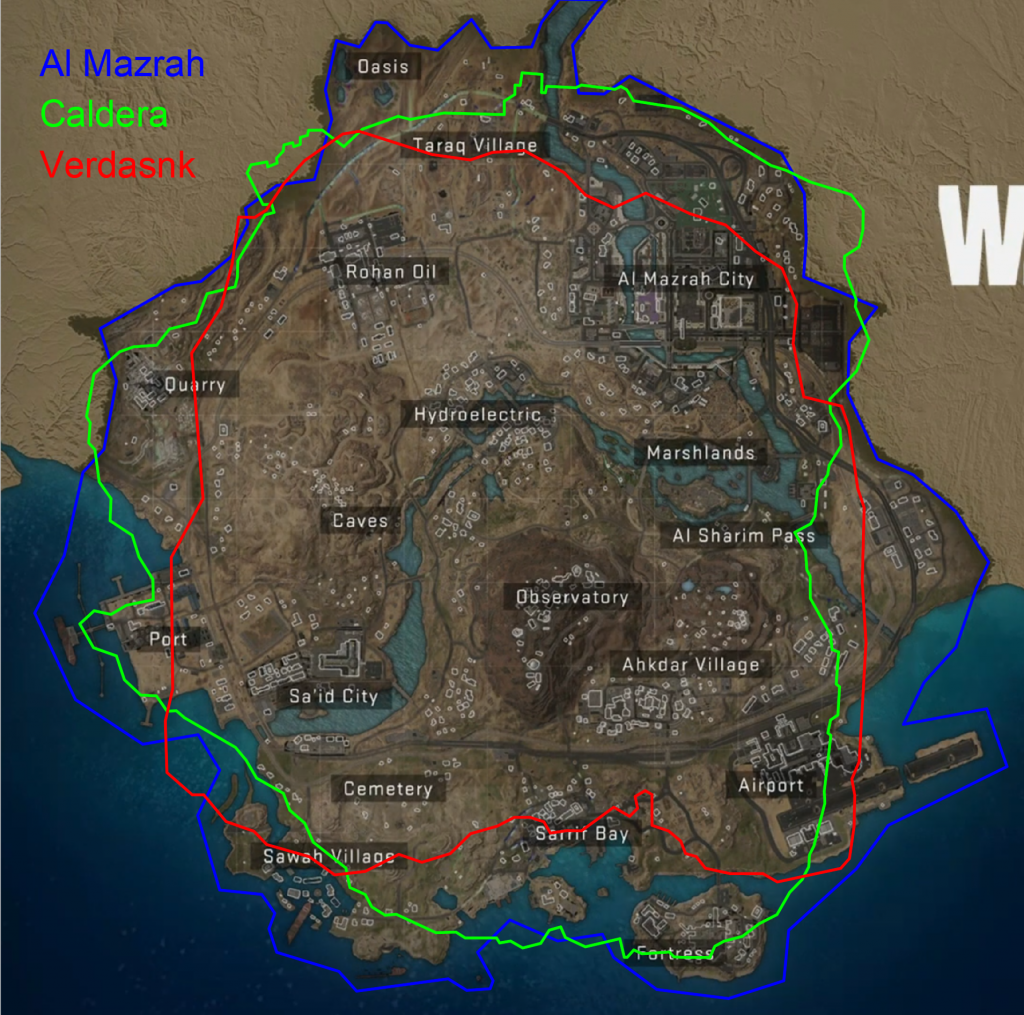