Battlefield 2042 is the start of a fresh, futuristic era for the franchise. With this new direction comes a wealth of new weapons to explore and experiment with as you perfect your loadout. To get your gun-builds going, here are our choices for the best loadouts to use in Battlefield 2042 right now.

The Best Loadouts in Battlefield 2042

Whether you’re in a long-range duel or a close-combat skirmish, there are plenty of weapons to choose from when looking to reign supreme with your squad. This being a Battlefield game and all, there will be a dominating vehicle presence on most maps, making the battle all the more difficult. Hopefully, these loadouts will make your conquests far more successful, tanks or no tanks. 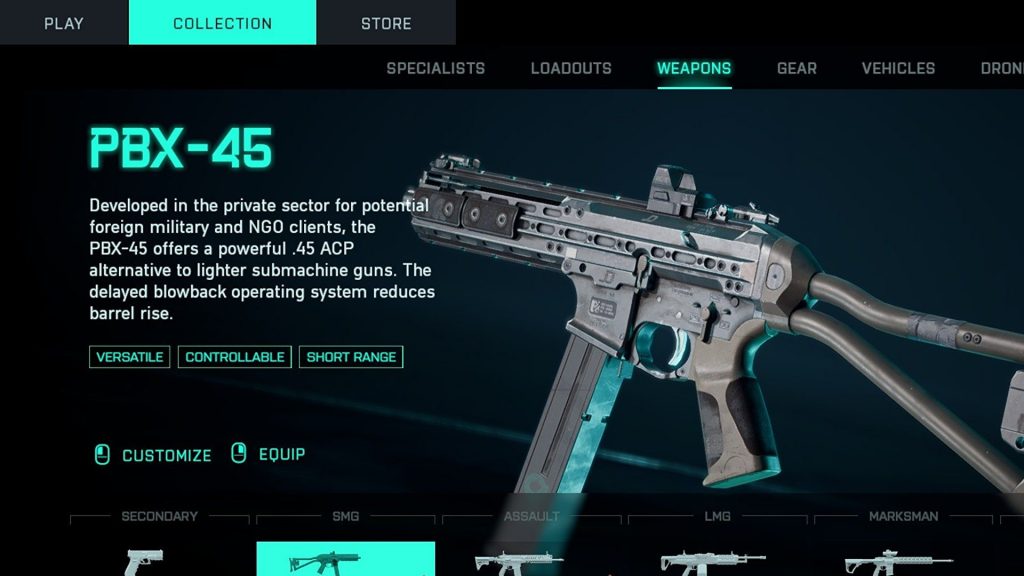 The PBX-45 is built for run-and-gun players looking to get up close before unloading on their enemies.

The maps in Battlefield 2042 are some of the biggest in the entire franchise, but that doesn’t mean warfare has become slower. The gunfights in 2042 still amp up the intensity, with speed remaining the key to overcoming your rivals. If you prefer to push aggressively, the PBX-45 submachine gun is an excellent choice. Available from the moment you drop into your first match, this flexible weapon can be levelled up in quick succession. Here are the attachments we recommend:

Like with every weapon in Battlefield 2042, attachments for the PBX-45 are unlocked by gaining more kills. The PBX-45 can be a hard weapon to control at first, but with the attachments above you can combat its recoil while adding agility and a devastating rate of fire.

We recommend pairing this weapon with an Armour Plate as your chosen tactical equipment, as this will let you take an additional few hits as you rush your foes in combat. 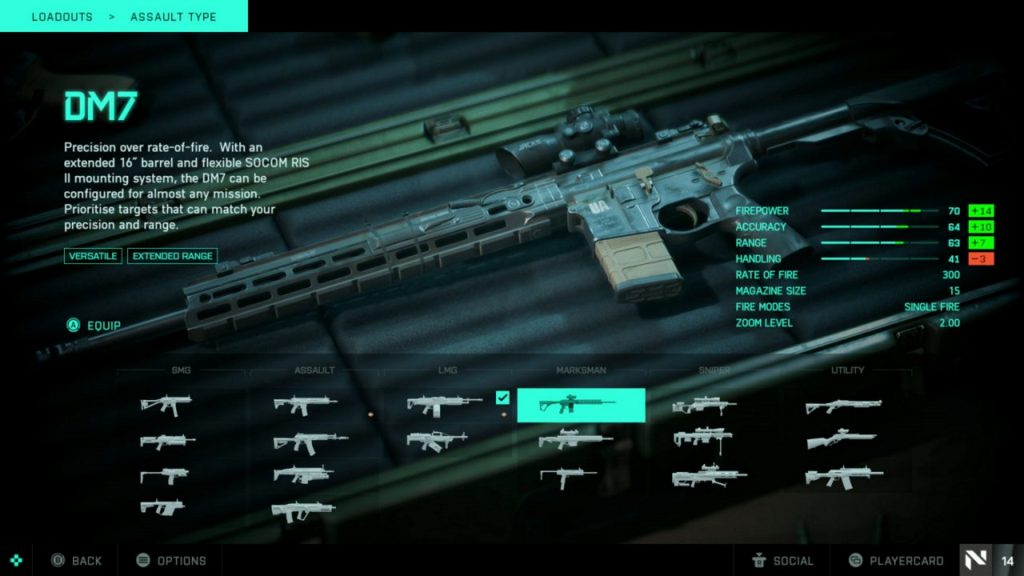 The DM7 offers a beautiful balance between the assault and marksman categories.

In the current state of the game, it can be hard to choose between an Assault Rifle and a Marksman Rifle. The DM7 brings the two types together in harmony. If you prefer to blast your opponents down at range, the DM7 is great for mid-to-long-range engagements. There are multiple choke points and sightlines to take advantage of on each map, and you can do that with the following attachments:

Typically downing an enemy in three shots, this assault rifle packs a heavy punch. Choosing your shots will help too, so try to hesitate from spraying at your prey with a barrage of bullets.

Combine the DM7 with a Recoilless M5 rocket launcher, as you’ll no doubt encounter many Hovercraft and Jeeps as you traverse the landscape. 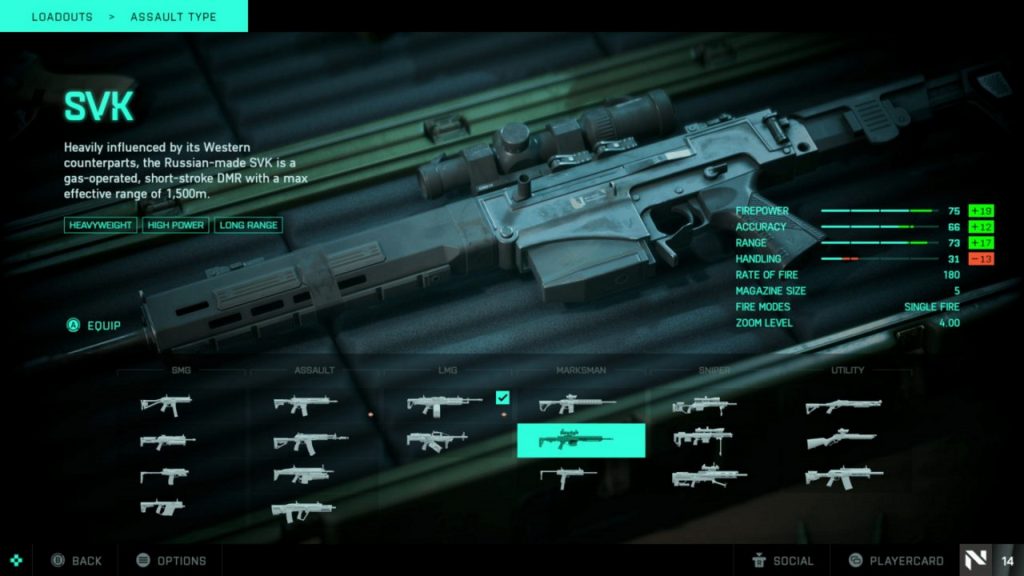 The SVK proves that a sniper doesn’t have to be a hindrance up close.

For many, the bread and butter of the Battlefield experience is its satisfying sniping mechanics. Whether you’re mastering bullet deviation or tracking a moving target, picking off enemies from a hard-to-detect vantage point is a cunning and immensely gratifying plan to achieve victory. Battlefield 2042 has some solid choices when it comes to Sniper Rifles, but it is worth considering the SVK marksman rifle for your next match. Here’s what we recommend sticking on it:

Able to destroy enemies in one or two shots, this powerful, long-range sniper can also deal hefty damage up close by hip-firing. The SVK is best paired with an ammo crate, as this will help to keep you stocked up in your chosen sniping spot.